← more from
Holodeck Records
Get fresh music recommendations delivered to your inbox every Friday. 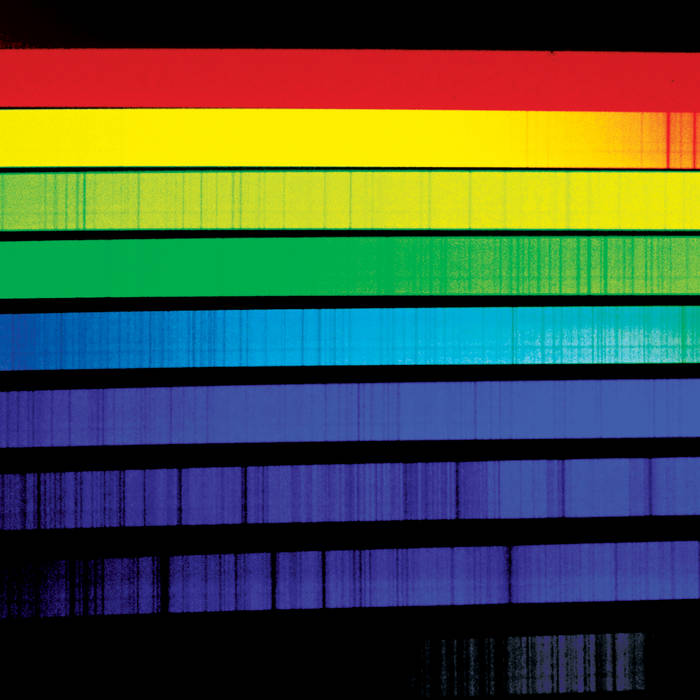 HailSatanDrinkCoffee Only when my mind and body separate will I begin to comprehend the universe this soundscape creates. Evoking indescribable emotions, Sungod relentlessly engulfs my reality, and I never emerge the same. This truly is an unparalleled masterpiece of cosmic confusion. Favorite track: Heavy Water.

Sungod approach their self-titled full length with a purposeful disregard of any fixed time or point of origin, touching on the modern and the classic. Sungod‘s five expansive tracks offer a series of portals into the past while maintaining a contemporary progressive sound. With a new line-up of auxiliary musicians contributing to the exploration of a full-spectrum of sonic planes, Sungod covers various realms of pysch, electronic, jazz, and even blue-grass. The Austin duo’s eponymous LP perpetuates the timeless elements of many experimental musics while further refining a craft that is wholly their own.

The core of Sungod is made up of Michael Sharp (Impalers) and Braden Balentine, who record out of their shared home studio with a rotating cast of like minded musicians from Austin’s fertile underground music scene. While incorporating an ever-broadening inventory of influences, the band’s methodical arrangements and layers of meditative repetition hearken back to 70’s Krautrock, which serves as a solid foundation for further ventures into both burgeoning and antiquated realms. Polyrhythmic drums and arpeggiated synthesizers propel much of Sungod‘s procession forward, sitting in total harmony with acoustically-oriented pieces that concisely imbue a compensatory calm to the album’s potent, high velocity moments. Initially composed around an awe-inspiring single-take drum performance by Michael Sharp, "Shiftless en Nkawkaw" is supported with additional vocals by a pair of Sharp’s coworkers who jumped onto an impromptu recording session after a shift together, chorusing between psychoactivated guitar solos and fully engrossing flute melodies. Ample contributions from flutist Kristine Reaume as well as bassist Alex Hughes help to make Sungod’s latest LP an exponent in this era of the band’s cosmology. However, the epic closing track "L’âme de toute étoile" strips back down to Sharp and Balentine, proficiently exhibiting their command of drums, guitar, and synth in one of their most elemental works to date.

With the vast scope of outsider-art that has been absorbed and reinterpreted in becoming Sungod, a casual listener may have difficulty placing what country or decade spawned these cerebral pieces; in this way, Sungod exists well outside the normal timeline of recorded music. Building off of their primal tape Contackt (Holodeck), Sungod resurfaces with a new and fully realized LP, an ongoing evolution that has now become sentient. Sungod strives to reveal the universal constants in music, the Platonic solids of rhythm and melody that are as unchanging as natural laws.

Additional vocals on track 4 by Gerilyn Hayes & Steve Sellers. All songs produced and mixed by Sungod. Recorded 2010 to 2012. Engineered by Braden Balentine. Mastered by Harris Newman at Grey Market Mastering.

A star exploded 4.5 billion years ago and set in motion the gravitational collapse of a molecular cloud...

Bandcamp Daily  your guide to the world of Bandcamp

Kari Faux drops off her deluxe album 'Lowkey Superstar' plus tunes by Shunaji and Samplelov.